How to Work with Your Eyes Closed

Find me on:
LinkedIn

There is an old joke that goes something like, “we don’t know where we’re going but we’re making good time”. Many organizations focus on throughput, or the idea that if we are doing a lot of work, we are also being productive.

One of my earliest jobs was as a manager for a small furniture manufacturer. We had a machine shop that had a kind, elderly gentleman, let us call him Frank, who created custom machined parts. Frank would always come in after the rest of the production team had already started, and he would walk past me on the floor with a smile and his coffee in hand on the way to his machine shop in the back of the building. Frank never seemed to be in a hurry. We had loud bells that would ring on the production floor to start and stop work and for breaks. Frank routinely ignored them. He worked when and how he wanted.

One day, as Frank walked by, he observed the time studies I was doing. I was taking detailed notes of how many minutes and seconds it took to complete each upholstering stage by furniture model. Frank asked why I was doing that so I explained it was so I could plan how much furniture we could complete in a day. Based on the time studies I would set daily and weekly production goals because that is what good managers do, right?

Frank looked thoughtful for a moment and then asked how that was working out for me. I had been receiving pressure from upper management to increase production and to reduce costs and I was looking for ways to deliver more with less. The owner of the company felt that we should be able to build furniture faster so after we explored increasing efficiencies the only thing left was to drive people harder. More was better.

I liked Frank but he seemed like the opposite of what I was trying to achieve on the manufacturing floor. Frank ignored the clock and went by his own schedule. If he wanted to chat with an employee on the production floor, he would. I remember becoming annoyed because he would be distracting production workers when I needed them to be working. 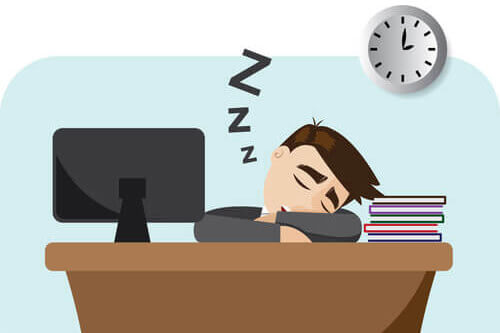 I walked by the machine shop one day and noticed Frank sitting in front of a drill press with his arms crossed and his eyes closed, apparently napping. He sat that way for about 30 seconds and then opened his eyes and began adjusting the settings on the drill press. It dawned on me that he was in fact mentally calculating how to properly set up his drill press. He was working! If Frank made a mistake at this point it would be costly. Taking the time to think it through to get it right reflected Frank’s appreciation for the value of what he was producing.

I began to realize I had it all wrong. I was trying to maximize output and not value. Imagine we must load a truck with bricks. If the focus is on output, then we would likely measure how many bricks we could load in a period of time as a measure of success. Let us say it takes three hours. We might even try to hire the strongest, fastest people to load bricks.

But how would that change if the focus were on measuring value instead? In that case, you might start to examine the bricks and notice that some are made of gold. It would be better to just pick out only the gold bricks and only load those. Let us say that takes 30 minutes. With the right focus, it would be more beneficial to work less. It would probably even make sense to pay a person to load gold bricks for 30 minutes and then pay them do nothing for two and a half hours!

So how should we measure success? Just like Frank “napping”, focusing on value first helps us work on the right thing! A value focus encourages us always to ask what the next best right thing is to do. Counter intuitively, a value-focused mindset also helps us to maximize the amount of work not done, which is waste. After all, loading valueless bricks might make us look busy but is it the right thing to do if it is not delivering any real value? We might find ourselves very efficiently doing something with no value.

This may seem straightforward but in the real world it happens every day. To illustrate this, we had a client recently that we did a small SharePoint project for. They only had the budget to invest 20 hours of billable work. We spent the first 2.5 hours over three separate meetings simply talking to them and then using the time to create epics, user stories, and acceptance criteria. Only after we had done that did we start a sprint to build something. The project eventually went to about 40 hours over about 4 sprints and the client said he was amazed at the results which far exceeded his expectations. We review the burn up rate after each sprint review and at the end of the project he said he did not want to pay for our work in the beginning because we did not start building anything until the second week! His focus was on output, not value.

Over the years many have come to realize that sometimes the best thing we can do is – nothing. With COVID-19 changing the way we work many business owners are concerned about the future, and I am no exception. But like many obstacles businesses face, we will undoubtedly get past this challenge too. Sometimes, it is just a matter of asking, “what is the next best right thing to do”? And if I ever get back to working in our office and you happen to walk by and see me in my chair with my arms crossed and my eyes closed - trust me, I am working.


To find out more about Gray Leaf or discuss your ideas, click here to send us a message.

IT Consulting Made Simple

Technology can be exhausting. However, managing information technology for your business shouldn't prevent you from running your business. It should enhance and make it easier. We enjoy solving IT-related issues for companies who want to focus on what they do best - run their business. Check out our posts here, comment, and let us know which IT needs we can solve for you.

Our core values:
To always have Integrity in our work. To Respect our clients and their ideas. To deliver Excellence in the products and services we offer.